– And Why They Are Critical to the Future of Our City

By the Urban ABQ Communications and Outreach Committee

Click/tap on any image in this article to enlarge

Despite multiple years of job growth, Albuquerque is still lagging behind our peer cities when it comes to our local economy.

From Houston to Denver to Phoenix to Los Angeles, cities in our region and across the country, cities with fast growing economies, are investing in regional rapid transit networks. They are doing much more than building single lines or projects. Instead, they are creating networks to connect their job centers.

An effective public transportation system can help our city, making Albuquerque work for the businesses and people who are here now, and for those that might want to join us in the future. For all its controversies, the Albuquerque Rapid Transit is an important first step towards building the transit system of the future.

Transit systems should, fundamentally, increase access to the city for the people within it. There are many ways to increase access to services, one of which is changing land use, something our recently updated zoning code and comprehensive plan attempts to address. However, changing land use takes a long time. If we want to quickly connect more people in Albuquerque to more opportunities, creating a transit network is essential. Of course, there are many other major benefits to creating a transit network, including a fast track towards cleaner air and less pollution.

In short, construction on Central is complete. Soon, clean quiet all-electric buses will arrive, and rapid transit service on Central between Unser, Tramway and Uptown will begin.

According to various reports and studies, the Next 5 Steps for improving the transit system in Albuquerque should be:
END_OF_DOCUMENT_TOKEN_TO_BE_REPLACED

Car Sharing in Albuquerque: Why Should We Care?

Conventional vehicle ownership as we know it is rather uneconomical. A car, truck, or SUV is the largest or second largest asset most people have, and it sits unused 96% of its life, depreciating, with an average annual cost in the high four figures. Combined with all the other alternative transportation modes (e.g. transit, ride sharing, biking, walking, etc.) car sharing offers a credible, economical substitute to private car ownership.

Car share members can forego all the pitfalls of car ownership while having convenient access to a broad fleet of vehicles. Discrete quarter-hour pricing leads to discrete use of vehicles, encouraging efficient use and saving members dollars they can spend locally, instead of sending to out-of-state carmakers and oil companies. Safe, well-maintained, insured vehicles displace older, less safe, less fuel-efficient, often uninsured vehicles- and at a rate of one shared car to perhaps a dozen private cars, free up hundreds of square feet of parking.

Car share vehicles get high levels of use and are more likely to be run while warm, therefore emitting less air pollution. Plus, car sharing can introduce extremely efficient vehicles in substantial numbers, often offering members the chance to grow familiar with new technology – as in hybrid and battery-power – without the risk of purchase.

At the Citywide Summit, we floated the topic of developing car sharing to its fullest potential in our region. That became the basis for a collaborative push to evaluate the region’s institutional fleet needs and to see how combining them along with public use can create the critical mass of members needed for effective car sharing, while saving scarce budget dollars and offering a new level of accountability of asset use.

We had a meeting in early December 2017 attended by stakeholders from the City of Albuquerque, City Council, Bernalillo County, UNM, Mid- Region Council of Governments, and ABQ Ride. We heard from car sharing veterans in Boulder and Philadelphia about growing car sharing while saving millions of dollars of vehicle expense.

END_OF_DOCUMENT_TOKEN_TO_BE_REPLACED

Published by the Urban ABQ Communications and Outreach Committee

Looking back, 2017 was a busy year for Urban ABQ. Over 250 people shaped our many events- and if you were one of those people, we thank you for your time, energy, volunteerism and dedication! Click the following links to learn more about/review the 3 major events we led this year:

Saturday, August 5th (30+ attendees): A Day of Action – the Future of Urban Albuquerque

We hosted these events so that we could engage people in Albuquerque around a question:
END_OF_DOCUMENT_TOKEN_TO_BE_REPLACED 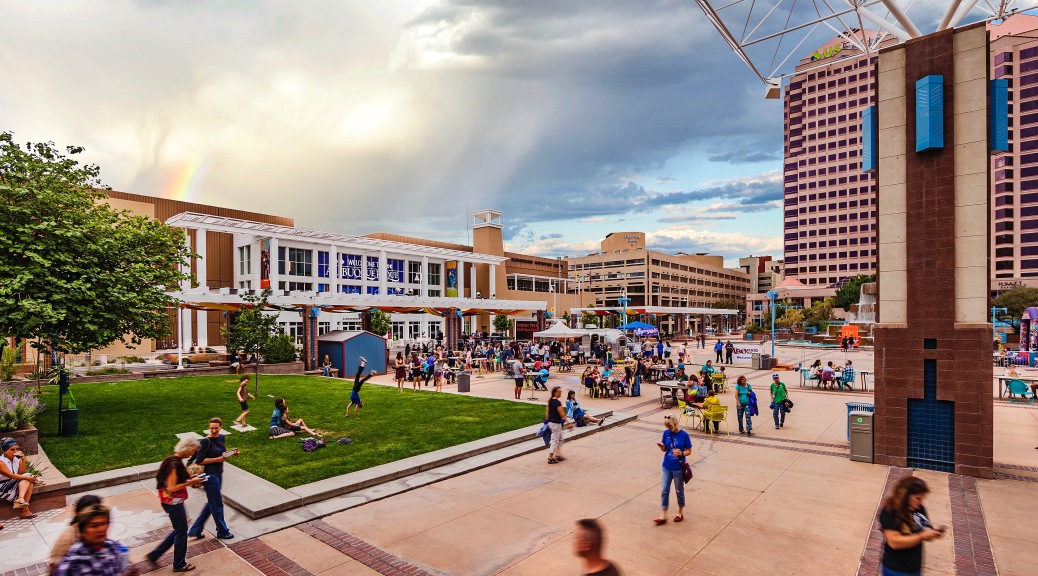 Click here to register for the Citywide Summit on Nov 18th!

Click here to see the invitation to the Citywide Summit on Nov 18th, in English and Español!

It started with an invitation. On Saturday, August 5th, people gathered for a community Action Forum. They worked together throughout the day and generated 8 broad topic areas that they wanted to focus on in order to improve urban Albuquerque:

This gathering lead to a second invitation.

END_OF_DOCUMENT_TOKEN_TO_BE_REPLACED

Thank you to everyone who joined us at our first ever Action Forum on Saturday, August 5th! We had many great conversations and if you missed them, or want to get a refresher on what we talked about, CLICK HERE to read all of the notes. Feel free to comment on them too!

Out of the collaborative conversations at our Action Forum emerged a concept for our Mayoral Forum – “Conversations with the Candidates: A Fast-Paced Forum with Albuquerque’s 2017 Mayoral Candidates”

Details on our mayoral candidate forum are as follows (skip to the bottom to see the flyer):